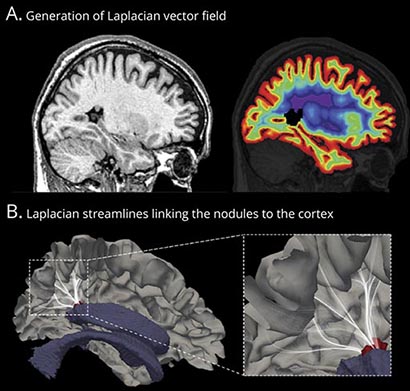 OBJECTIVE: To test the hypothesis that in periventricular nodular heterotopia (PVNH) structure and function of cortical areas overlying the heterotopic gray matter are preferentially affected.

METHODS: We studied a group of 40 patients with PVNH and normal-appearing cortex and compared their quantitative MRI markers of brain development, structure, and function to those of 43 age- and sex-matched healthy controls. Inspired by models of neocortical development suggesting that neuronal migration follows a curvilinear path to preserve topologic correspondence between the outer ventricular zone and the cortical surface, we computationally defined the overlying cortex using the Laplace equation and generated synthetic streamlines that link the ventricles, where nodules are located, and the neocortex.

RESULTS: We found multilobar cortical thickening encompassing prefrontal, latero-basal temporal, and temporoparietal cortices largely corresponding with the PVNH group-averaged map of the overlying cortex, the latter colocalized with areas of abnormal function, as defined by resting-state fMRI. Patients also presented hippocampal functional hyperconnectivity and malrotation, the latter positively correlating with neocortical maldevelopment indexed by increased folding complexity of the parahippocampus. In clusters of thickness and curvature findings, there were no significant differences between unilateral and bilateral PVNH; contrasting brain-wide metrics between cohorts was also unrevealing. There was no relationship between imaging markers and disease duration except for positive correlation with functional anomalies.

CONCLUSION: Our quantitative image analysis demonstrates widespread structural and functional alterations in PVNH with differential interaction with the overlying cortex and the hippocampus. Right hemispheric predominance may be explained by an early insult, likely genetically determined, on brain morphogenesis. 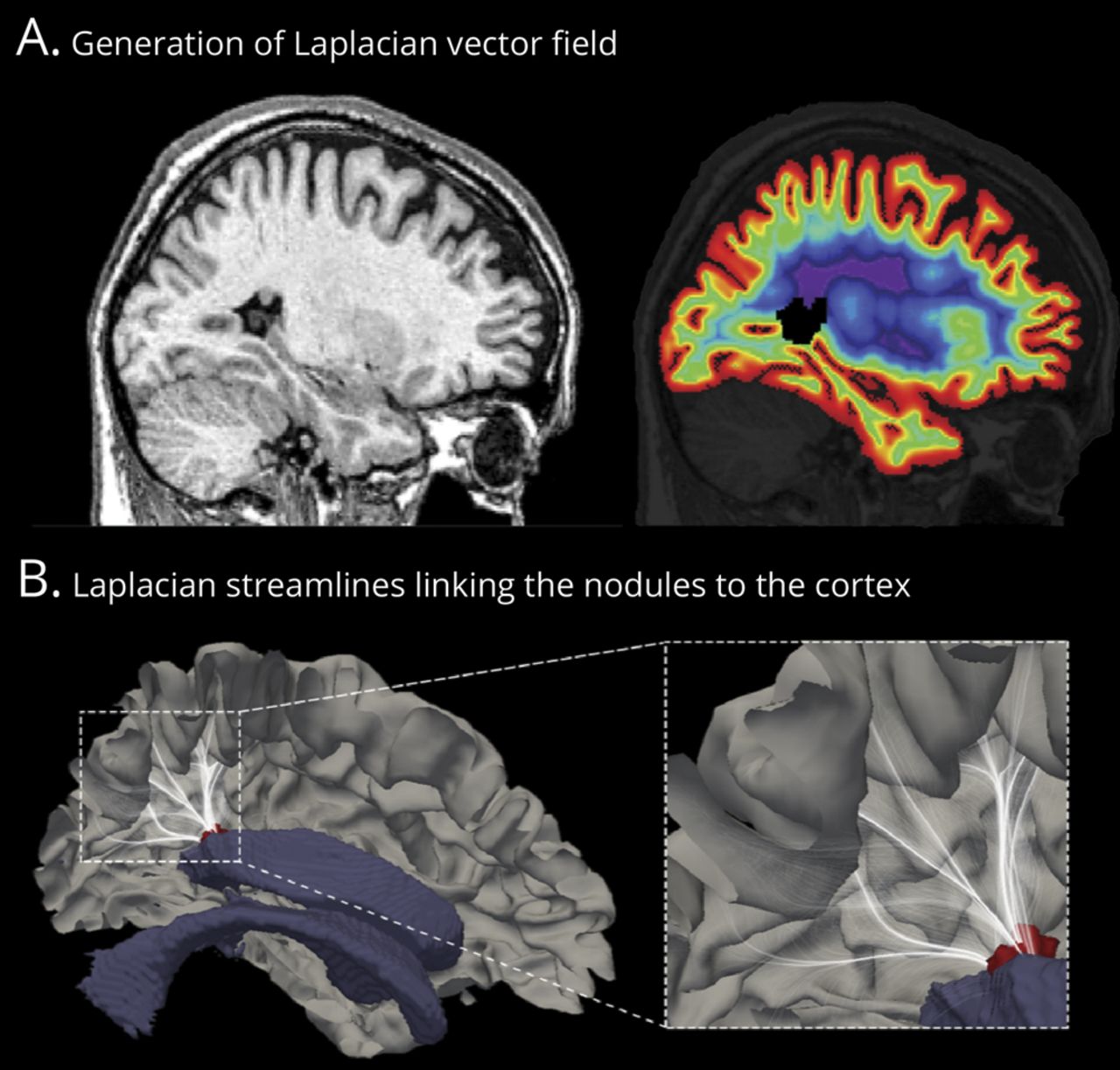